I’m not sure if you all remember my last grid attempt, but I sure do. In case you forgot, it went something like this:

So when I saw a long grid set up in the middle of the arena (complete with guide poles), I found myself a bit hesitant. You have to turn away from the barn to it off the short side, so again, super important to control the shoulders while keeping the energy coming forward. Soooo similar to the last grid. Fun. 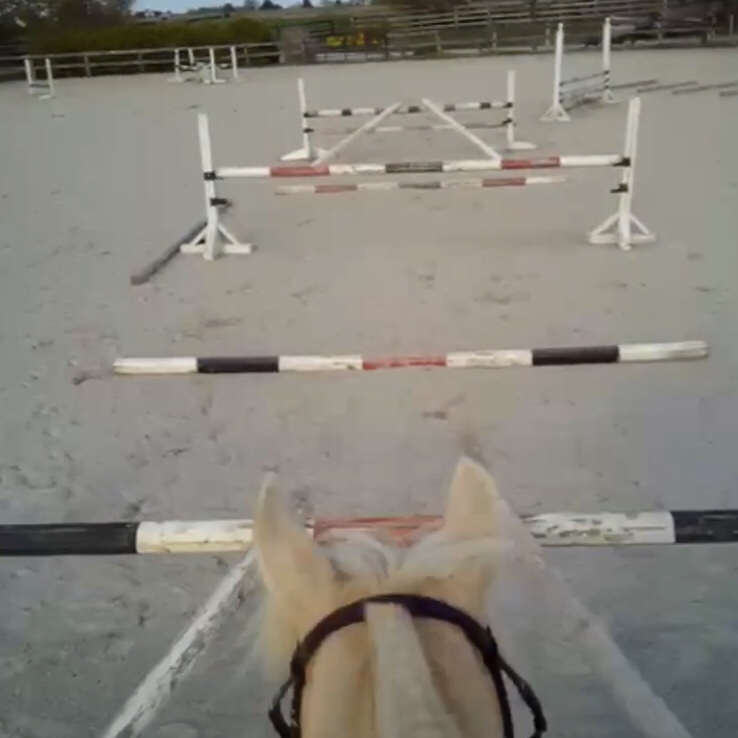 I warmed up quickly with a focus on getting May supple. Supple both going forward and coming back, as well as from side to side. We actually had a bit of an argument about that right shoulder on the flat. Cue some more nerves.

So I had a quick chat with my fear bird, and then turned on the helmet cam.

The grid started pretty small, so it ended up requiring a super quiet ride for me as May thought about just plowing through the whole thing.

It always amazes me how my ride looks so different from video on the ground vs the @camboxhorsenorthamerica footage! Here are two views of our warmup through Tuesdays #grid . . . #horse #horsesofinstagram #may #eventing #showjumping #draftcross #eventer

We approached from one direction, then the other. Down the long side, I tried to just get out of the tack and let May coast along a bit (like she would through most of XC) and then sat and rebalanced before the turn. I do like taking opportunities to let horses carry their own balance as much as possible, and I like to think it’s a habit that has helped improve May’s balance over the last few years.

We only went through it once at this lower height since… well it just went really well. We popped the rails up a bit, and I went through it again. Same results, so we moved onto courses! Since the gymnastic is obviously a bit tough on the horses, the courses were fairly short with an emphasis on riding accurate lines on a forward step. You know… show jumping haha.

For our first course, the gymnastic was first.( I made the ground poles light blue and the actual jumps dark blue). Right turn to an oxer set on a turn off the rail. You know, the type I LOVE to cut the corner to. Left turn to a 7 or 8 stride bending line from the swedish oxer to vertical. 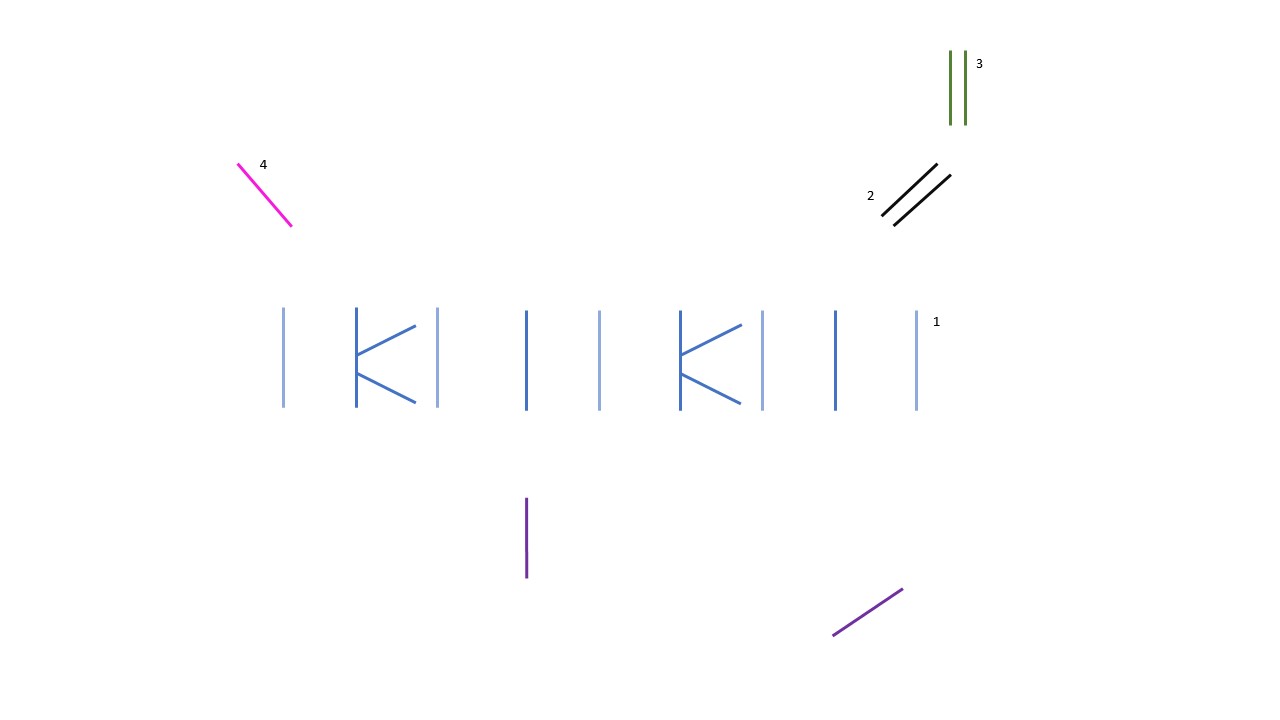 Tuesday was also the day of needing the second try for me. Both times, May landed from the grid on the left lead (probably because that is how we turned while warming up).

First time through this course, I pulled May around the corner to jump two, pulling her off the counter canter in the front. The jump was fiiiiiiiine, but we didn’t get the lead over the jump (because I was pulling right). Sooo the swedish came up super awkward, and I slipped my reins. As a result, I rode with super long reins to the pink vertical in 8 squirrelly strides.

So then we tried again. The second time through, I kept the left lead to the square oxer (yay), but just didn’t see anything coming to the swedish and didn’t insist on the forward and straight, so she chipped and fell right. (Leave it to us to jump the highest part of a swedish oxer) Falling right made the bending 7 strides to the vertical a bit long; however,  I rode forward and straight (hah), so it was fine. You can see that round in the first slide of the below insta:

Had a super great lesson last night. First time jumping since #SpringBay ! May felt awesome and we redeemed ourselves through a grid haha. Not every moment was perfect, but we are making some real progress! . . . #horsesofinstagram #cluck #eventing #mindthegap #huntergap #gridwork #horses #may

The next course is in the second slide of that insta. No grid this time, so had to set our own rhythm right off the bat.

First jump was the pink vertical bending to the swedish, which rode great. Then… she jumped a bit right and faded right after the swedish, so our turn was super awkward to the square oxer. Again though, forward and straight. The LONG (see below for how long) distance towards the rail ended up with May cross cantering after the fence

I had basically…. 12 strides of complete indecision. (future self, just let her get straight). She fixed it (with no help from me) when we got straight to the fence… but again, I saw nothing and kind of did nothing. The awkward distance to fence four meant the four bending strides to fence five came up SUPER quick… and I didn’t do anything to fix the distance. So it was also awkward. (Yay for consistency?)

I am proud of the fact that I didn’t just throw my body at her when things got weird. It helped her keep a bit of confidence and get over the fences without any rails coming down. I circled around (also in the video above) and did that line again. It rode great, so we finished on that!

Honestly, my nerves are starting to feel WAY MORE within my control at this point. I didn’t have that numb, panicky feeling before every course. However, I did make a note to let NT know when I was getting towards the end of my physical limit, since I think the accident a few weeks ago was partially due to my own fatigue.

Either way, we already feel ready for our move up to BN in the beginning of June, so I am excited to fine tune my issues before then.