I am scheduling this post out as between LRK3DE and some travel early next week, I don’t think I’ll have time to blog. So last Tuesday we had our first Dressage lesson of the year.

The first big change? Asking May to come deeper into the bridle. My trainer wanted her to lift more through the base of the wither and to come a bit heavier into the contact. At the same time, she wanted us to hold the bend to make sure that May was truly stepping underneath herself and into the outside rein on the circle. Whew – when I spell it out like that, it sure seems like trying to accomplish a lot by just moving a horse’s nose 2 inches. I guess that is Dressage for you. Perfecting inches to create a better picture. (I want to reiterate that this wasn’t extreme deepness, it was just encouraging May to reach a bit down into the bridle to flex those wither muscles. I’ll try to get media.)

Also, SIT. May has a big, strong back, but she likes to keep that back like a set of parallel 2x4s. So why sit? Because when I sit, I can use my seat to get her to mover her back. This has been one of the hardest concepts for me to get. On a lot of horses, when you free up the back, the back moves freer, starts swinging side to side. Then, when you sit, you are more likely to inhibit this “swing” and create stiffness. With May though, I can use the movement in my hips to encourage her to start swinging her back. It’s the first horse I have ever ridden where her movement IMPROVES when I sit (since I am not an expert sitter lol).

Did I mention that we spent about 10 minutes at the walk just getting May deeper and moving over her back? We spent the majority of that time trying to get a solid walk to halt transition. Thrilling stuff I tell you. 😉

When we moved into trot, I focused on keeping her in the connection and through her back through the transition. May likes to blow me off a lot in the transitions, so we ended up doing about a dozen w/t transitions. Once we had the feel for the deeper connection and bend at the trot, we moved on to some lateral work. Nothing to write home about here, just the standard quarter-line to rail leg yields to get her even more loosened up over her back and behind the saddle. 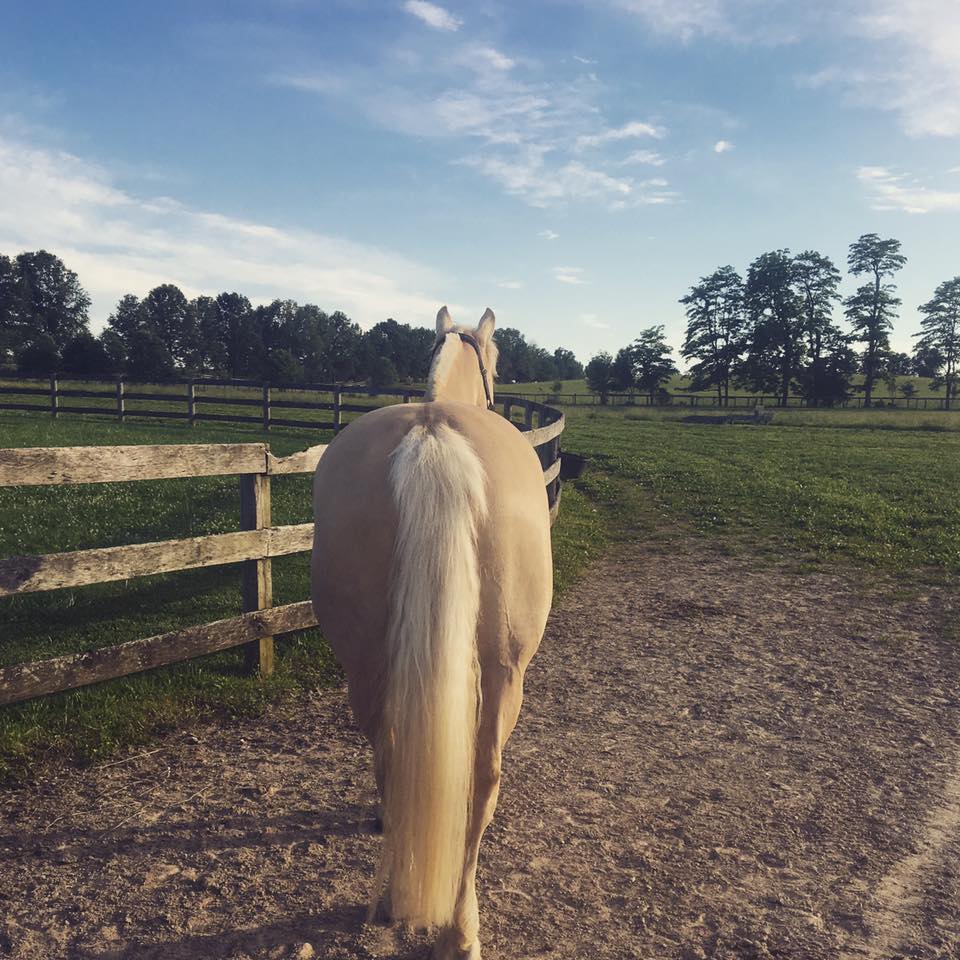 Once we were done with that, I told my trainer we have been having a lot of issues keeping the connection in the trot to canter transition. May likes to throw herself up and into the gait, versus stepping underneath herself and rounding in the transition. We went left first, and got some marked improvement on the transition. Once in the canter, she was SUPER pleasant.

We walked for a bit and then moved to the right lead. It was a disaster. She was entirely convinced that it was impossible to pick up the right lead canter without flinging her head in the air. She didn’t fight me. She just shut down… kept trotting with literally no change in anything. I even picked up my whip, and it still didn’t encourage her to pick up the lead. 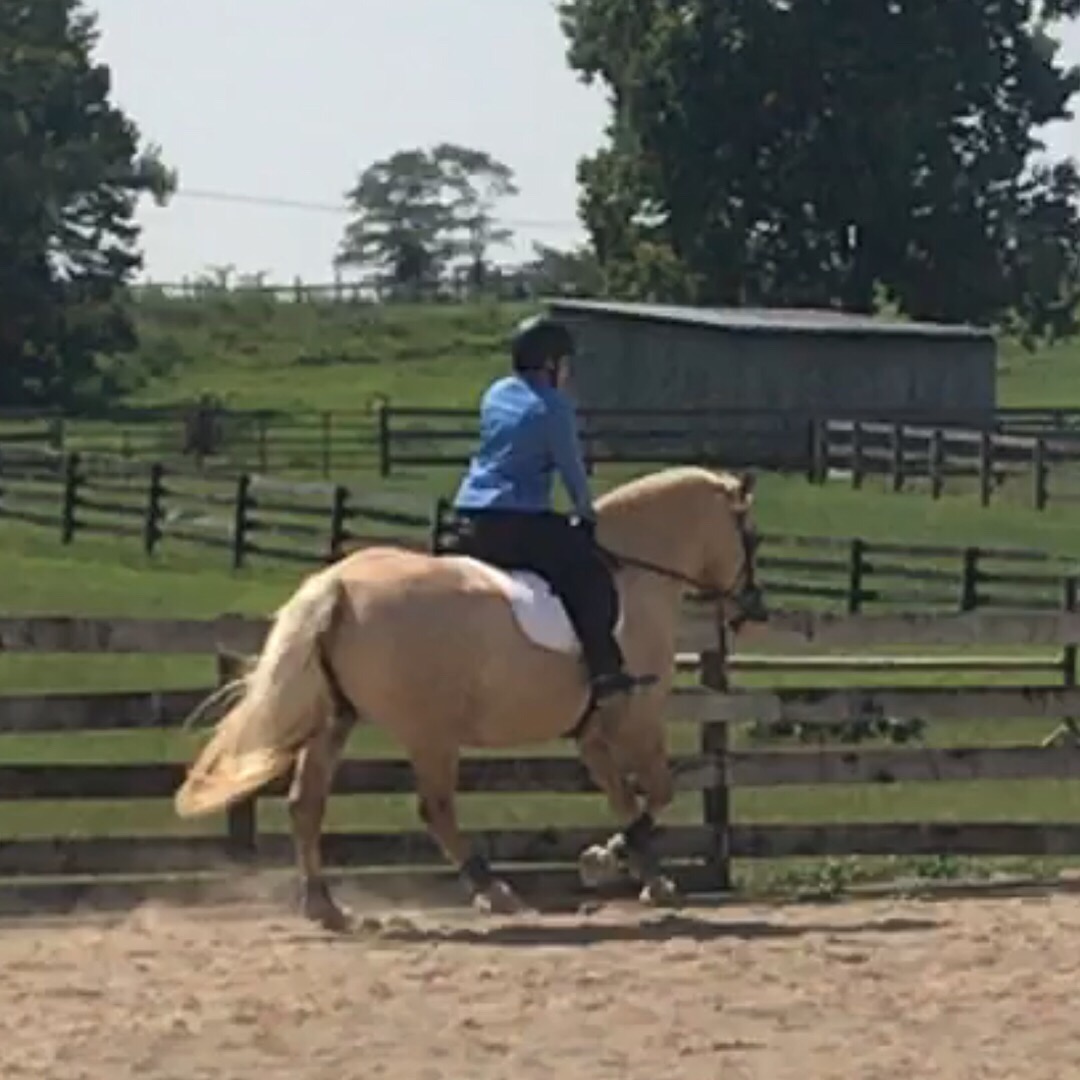 Maybe it’s a pain thing? I thought… completely panicking like a true Adult Amateur. I tried a walk to canter transition, which is a significantly harder transition, and I had 0 issues other than her throwing her head up. Ok, let’s give her a tap with the whip. What did that get me? It got me a left lead canter with a flying change to the right lead. My horse Does Not Do flying changes. I got probably 3 or 4 of those. We never really got to a “fix” on that one. We got maybe 2 mediocre trot to canter transitions then called it quits.

Now that I am a few days past the lesson, I wonder if the issue was just not getting her inside shoulder out of the way in the transition. I will have to play with it again tonight. Either way, first entry form in 2 years has been sent out. We are doing a schooling horse trial at Starter level on May 13th!

Why Horses Are A Lifestyle